SHOPPING ON ARCADE IS EVEN EASIER NOW WITH APPLEPAY AND GOOGLEPAY!

HI MALAYSIA! WE SHIP TO YOU BY AIR AT A FLAT RATE OF RM40, VIA NINJAVAN.

FREE SHIPPING WITH MINIMUM SPEND OF SGD40 WITHIN SINGAPORE! CLICK FOR MORE INFO.

WE SHIP INTERNATIONALLY VIA NINJA VAN AND DHL EXPRESS! FIND OUT MORE HERE.

Happiness should be shared — that's why we're spreading joy through our Arcade insiders' proposal stories! These four brides-to-be recently got asked the question of their lives, and we had a quick chat with them regarding all things wedding related!

If you're looking to ease pre-wedding jitters or are merely a hopeless romantic looking to soak in all sorts of wedding bliss, keep scrolling and prepare to swoon! 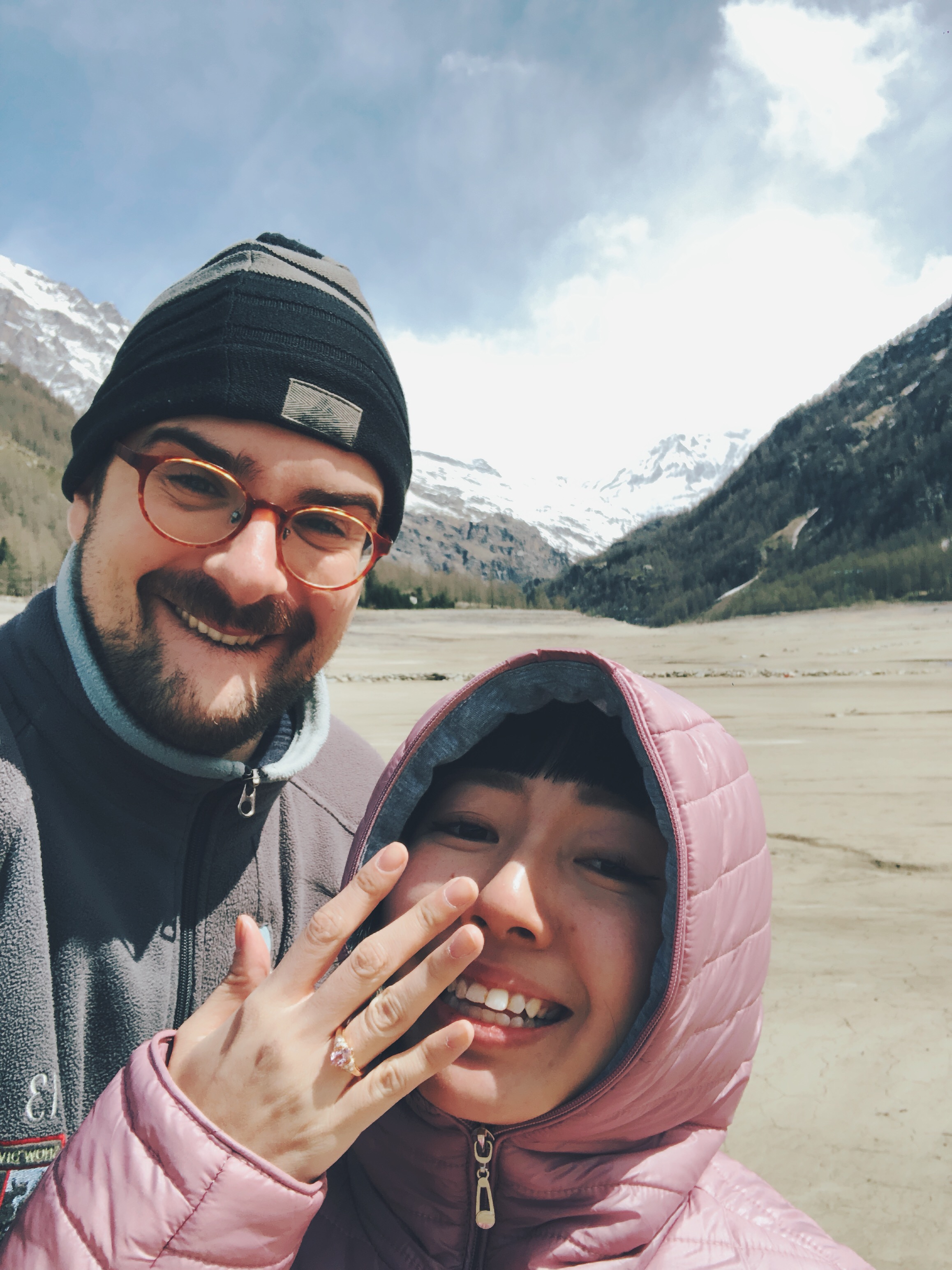 First of all, congratulations! How does being engaged feel?

Teresa: Hmm, honestly being engaged doesn’t feel any much different. It just feels more formal and you get to wear a pretty ring. We've been living together for about a year now, so being engaged doesnt change anything much [laughs].

Olivia: It feels very natural to be engaged to Ryan, my fiancé. We've been in love and also living together on our own for a long enough time. In that sense, the temperature change between our before and after engagement life was only very slight!

Chloe: It feels the same for now! I guess it’s because we haven’t got to the part with all the moving in and living together yet?

Amanda: Engagement life has been the same-old! I still catch myself on occasion calling Daniel my boyfriend — oops. 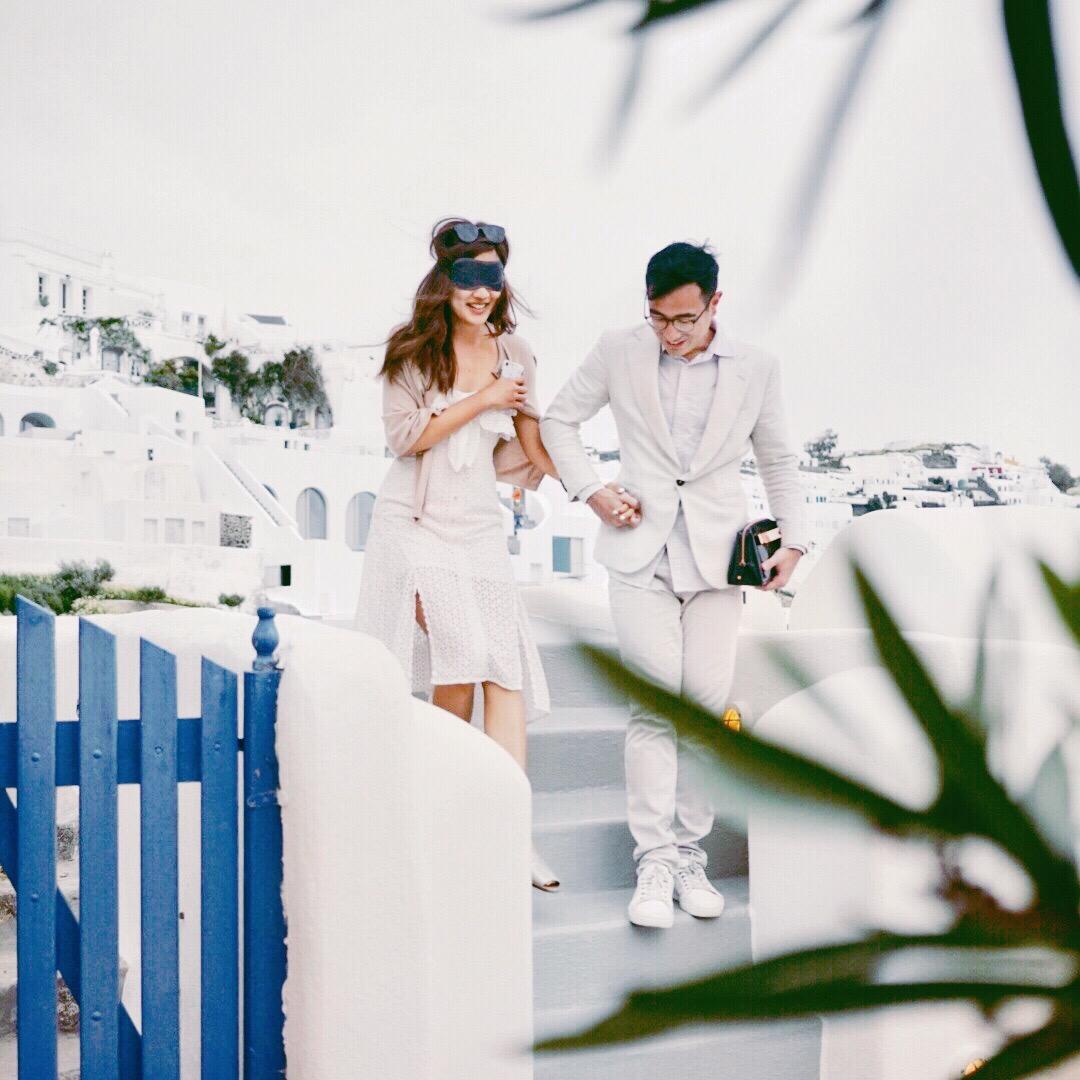 What was the proposal like? We want all the fun deets!

Amanda: The proposal was beautiful. We were heading for dinner one evening in Santorini when Daniel suddenly blindfolded me and popped the question over the sunset sea. I'm so proud of my fiancé for taking romance to the next level.

Olivia: Ryan proposed to me on a glacier in Iceland! We were standing in an ephemeral ice cave which was only discovered 10 days before we were there. The surprise and the delight of it all together with the landscape was incredibly surreal.

Chloe: The proposal was super impromptu and that was the best part of it, really! I love how raw and “unplanned” the moment was and my fiancé nailed the proposal. Funny thing was he actually brought the ring with him everywhere we went, even on our holiday overseas. I actually discovered it while packing his luggage for him but I was in so much shock I totally forgot how it looked like after. I kept mum about it, of course, but there was another occasion where he let the cat out of the bag in his drunken stupor — but I still kept my silence until the moment right after he proposed!

Teresa: Fabrizio and I are both very quiet and introverted people, so I’m really glad that when he proposed it was just us in this beautiful place called Ceresole Reale in Italy. It was just me and him surrounded by big mountains with no one else around, and it was so, so beautiful. I think I cried [laughs]. Actually I kinda knew he was going to propose on our holiday to Italy, but I didn’t know it was going to be that day — if not I would have chosen something nicer to wear! 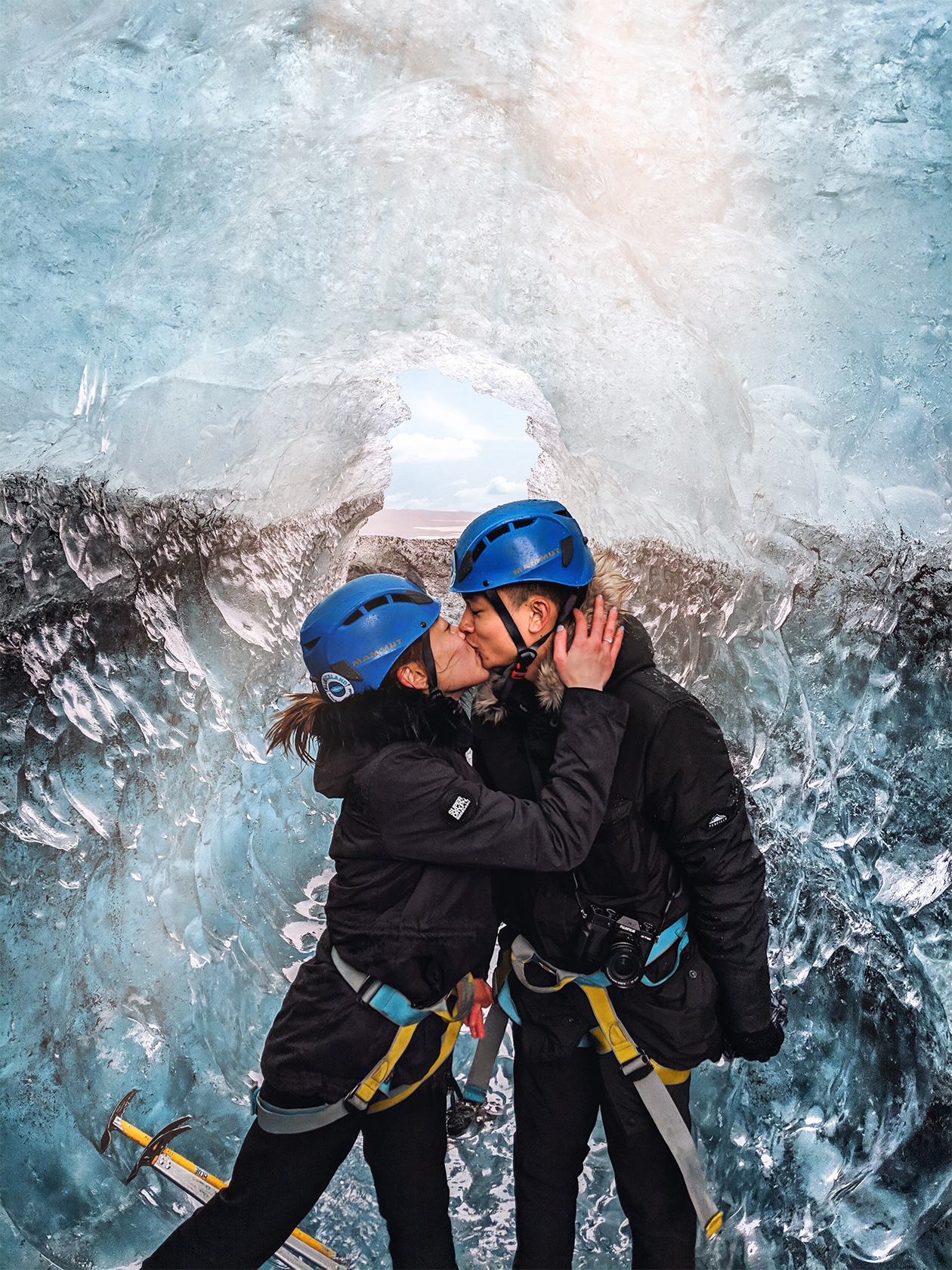 Tell us more about what your dream wedding would be like!

Olivia: My dream wedding would be the most simple gathering you can imagine. Somewhere out in nature, far enough from main civilisation, with cool weather and a view. I guess I'm manifesting a vineyard or countryside location.

Teresa: We're both very introverted people so we'd prefer a small-scale wedding with only our closest friends and families to be with us on that day.

Amanda: Daniel and I love spending quality time with the people we love so the dream wedding would be an intimate gathering overseas with my closest family and friends tucked away in a well decorated and modern warehouse.

Chloe: My dream wedding when I was 8 years old was one that could seat a castle of guests, has a million fairy lights streaming down with endless fluffs of “clouds” as I waltz down a spiralling stairs. 18 years later, I’m thinking, "what was that about?!". I have no dream wedding now, but thank you god for gifting me a man who makes my reality better than dreams.

Now that you’re planning your wedding, what are you enjoying most about the process?

Chloe: Planning the wedding is, till date, the most stressful thing I’ve ever done. I feel my like head’s about to explode. Stress aside, I love how this planning has brought us closer as a couple. It’s a new feeling and I’m loving every bit of it!

Amanda: I enjoy meeting up over the weekends for coffee dates to plan the ceremony. We would brainstorm about how we want our venue to be decorated, where we want to do our pre-wed photoshoot — all that fun stuff. I'm excited to see all of it come to life.

Olivia: Contrary to most couples, Ryan and I don't actually plan to have much of a wedding and so haven't begun any planning whatsoever. When we get to it though, it'll probably be an intimate get-together of loved ones in a private space over food & wine, to simply celebrate our union. 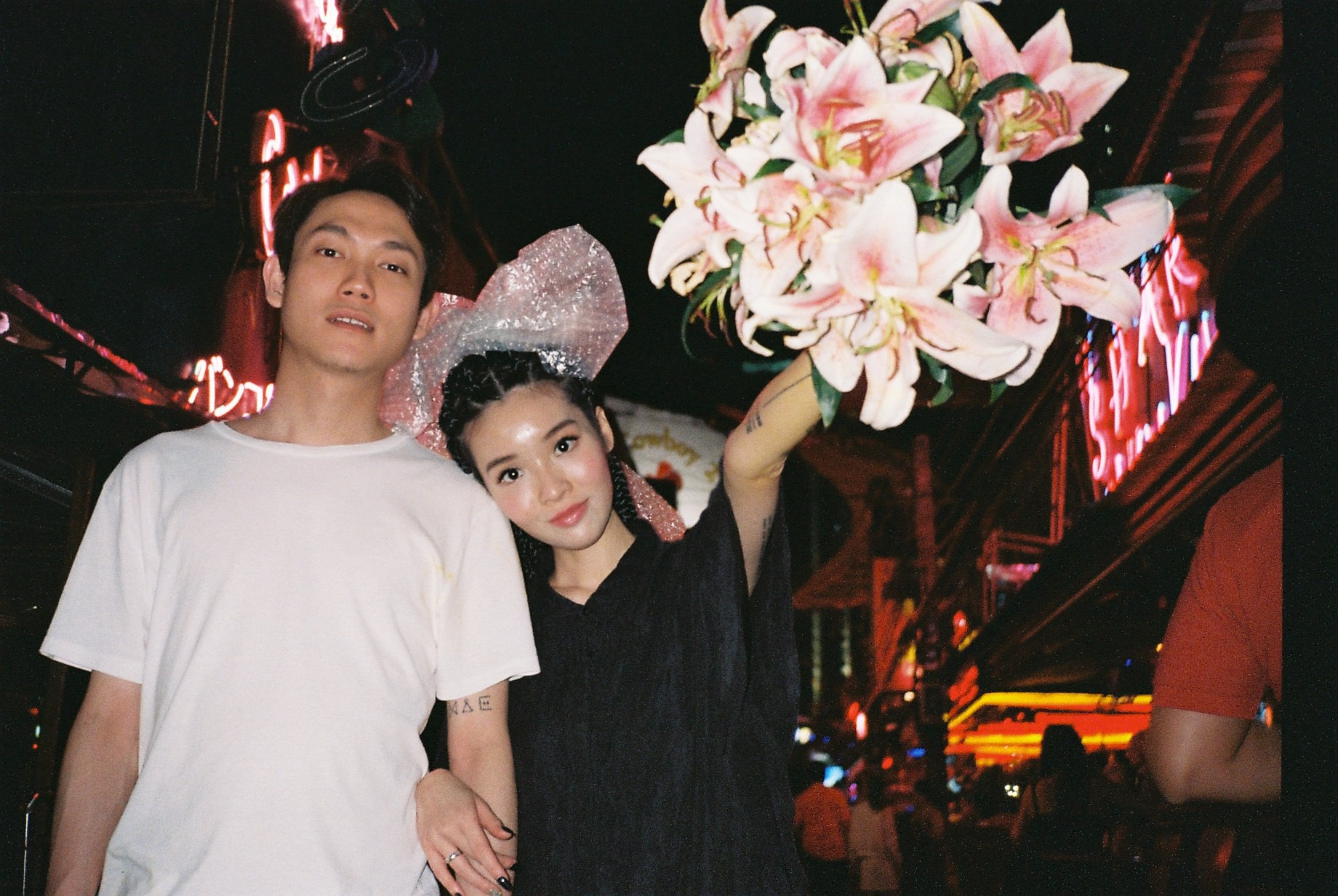 We’re sure the wedding planning comes with a certain amount of stress as well. How do you manage that without freaking out?

Amanda: I usually turn to Daniel when I start to freak out. He usually helps me to break down the problem and talk me through it.

Olivia: No stress of yet, since there are no plans made so far. But if it should come to it, we'd probably manoeuvre through tough situations with logic and cooperation.

Teresa: I just keep telling myself that it’s going to be a small wedding, and since we're having a second one in Italy next year, I tell myself that the wedding this year is just a trial [laughs]. If anything goes wrong, we can try to avoid the same mistake next year in Italy. Lastly, what are you looking forward to most about married life!

Teresa: Nothing actually [laughs]. We're already living together so we know that we have to split the household chores, but it's great because it gives us more opportunities to show love to each other. Ok lah, I guess we're looking forward to being parents in the future.

Chloe: Splitting the chore of having to clean dog poo [laughs] and growing up with my husband-to-be!

Amanda: They say that you're always better when you're facing it together. I'm looking forward to overcoming the challenges of my next step with a partner who understands me.

Olivia: I’m looking forward to unlocking new levels of LIFE* together with Ryan. Life being the umbrella covering adventures in travel, experience, career and individual success etc etc. Everything in LIFE is better with Ryan and I'm excited to live our best life together!!